In addition, in Austria you can be evicted from rented accommodation on the grounds that you are not using it. There is thus the danger that if very little electricity is being used, that fact could be used to evict unwanted tenants. This could give rise to a ridiculous situation where thrifty tenants would have to prove that they have an urgent need for that accommodation. It has never been clarified who has access to which data, and when. The legal bases are formulated very vaguely, and there is a risk that one’s personal user profile could fall into the wrong hands. Numerous statements and announcements made by the electricity companies lead one to conclude that the data will be used to tap into new lines of business (i.e. sold).

The stored data are then kept on servers (possibly abroad) – and of course every network, no matter how secure, has already been hacked into and has had data stolen. In addition, during PLC transmission, any data from smart meters that are connected to the same transformer grid can be read or manipulated from any power socket, using a suitable device.

Here is an article on data protection and data security as they relate to smart meters.

These meters collect the consumer data and transmit it, depending on stipulation or search, to the electricity company. The data is transmitted either via mobile radio, powerline communication (PLC).

Transmission via mobile radio communications: With this type of transmission, you have a continually active radio transmitter at home, that works day and night. A huge strain on your health which you can never switch off. 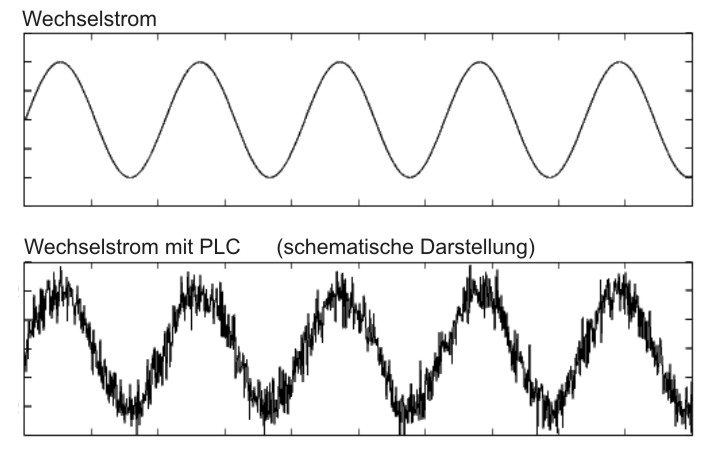 Power-Line-Communication (PLC / DLC): Here, the data signal of the smart meter is modulated onto the existing electricity grid and received or sent at the nearest transformation station. As a result, all the existing electricity lines and the devices connected to them now emit an increased amount of electrosmog (electrical fields in the kilohertz range) in the house. In order for the data signal to arrive at the nearest transformation station in a readable state even at great distances from the house, each smart meter boosts all the data signals that are in the power line and is thus always active whenever a data signal is travelling anywhere in the whole transformer grid. This means that the smart meter is constantly active (even when set to quarter-hourly logging).

You can find information on the official electromagnetic radiation limits HERE.

Health problems after installing a smart meter!
Smart meters are now being gradually installed and we are receiving messages and reports from people who contracted various health problems from the time when a smart meter was installed. They are reporting problems sleeping, disturbed states, ranging all the way to a dramatic increase in epileptic fits in one child. If you have any health-related experiences and reports to share, please send them to us. 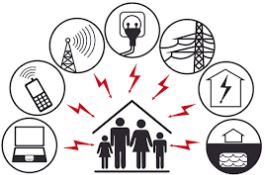 Austrian Chamber of Medicine issues a warning against smart meters
Even the Chamber of Medicine warns against smart meters, because they cause a great deal of physical stress through electrosmog. The Department of Environmental Medicine of the Austrian Chamber of Medicine (ACM) considers that the planned blanket coverage introduction of "smart" meters has serious consequences for people’s health. It states in a broadcast that the transmission of the data leads to a significant increase in physical stress caused by electrosmog.
The crux of the matter, it says, is that the available transmission options – such as radio transmission or via the power supply itself (Powerline Communication, PLC for short) – produce electrosmog that is harmful to health. In addition, Powerline Communication causes the existing power lines and the devices attached to them now produce increased levels of electrosmog (electrical fields in the kilohertz range). "In 2001, the WHO classified low-frequency magnetic fields , and in 2011 also high-frequency electromagnetic fields as possible carcinogens for human beings," explains ACM environmental expert Gerd Oberfeld. There is data from the USA available for interim frequencies in the kilohertz range, such as arise in the PLC connection from the transformer to the smart meter favoured by Austria, that likewise shows an increased risk of cancer. It is also conceivable that smart meters could cause an increase in what are called multisystem diseases, in which several organs or functional systems are affected. The results: states of exhaustion, learning difficulties, depression, etc.
This is why in many countries the installation of smart meters has meanwhile been halted for the time being. Source HERE

Body cells communicate through frequencies
Incidentally, in 1991 the Nobel Prize for Medicine was awarded for the discovery that cells communicate with one another via extremely weak frequencies (ion channels in the cell membrane structures). It was also shown that even minimal field strengths of 0.001 mW/cm2 were sufficient to transmit information that could cause dysfunction (overproduction or underproduction) in the body. Electrosmog-emitting devices usually generate amounts thousands of times higher than that figure. (Source HERE)

If even technical devices are disrupted by this technology (see further below), then there can be no doubt that the body is negatively affected too.

Remotely turning off the power

Smart meters have what are called “load relays” built into them. The power can thus be turned off remotely at any time – for example, if a customer hasn’t paid their bill in time, or is to be deprived of electricity for other reasons. The possibility of remotely turning off the power supply is also useful for hackers who want to do some damage.

A study carried out at the University of Twente (Netherlands) is currently causing an uproar among electricity customers. In a laboratory experiment, the study found that the standard smart meters measure up to six times the actual electricity consumption. The reason: The smart meter are not able to work compatibly with modern devices like energy saving lightbulbs, LED lights with dimmers, efficient switching power supplies, etc. You can find further information on this point can be found HERE und HERE und HERE.

Smart meters are claimed to help lower energy costs. However, these meters cost considerably more than the existing Ferraris meters. In addition, the durability of these electronic meters is certainly many times shorter. Customers also report that smart meters have already had to be replaced after a short time because they were defective. In the end, it will be the consumers who pay for the huge costs of the changeover, of the data processing and storage etc. – who else? Vorarlberg Regional Commissioner Schwärzler talks of 300 euros’ investment costs and 15 euros’ ongoing operating costs. According to Schwärzler, the cost to the customer of reading the meter would increase from 32 to 76 euros.

Thus, in Austria 5.4 million fully functional meters will be dismantled over the next few years, to be exchanged for new smart meters which probably won’t last longer than 10 to 15 years. Assumedly, technical problems, innovations or weak points will also make premature replacement necessary. Due to their construction and simple way of functioning, the old Ferraris meters can be used almost indefinitely, and many have been in use for over 50 years.

A Capgemini study commissioned by "Österreichs Energie" ( = a lobby group of the Austrian electricity industry) also criticises the introduction of “smart” meters, as it would give rise to additional costs of about 2.53 billion euros up to 2028. Conversely, the financial benefit would only amount to 127 million euros. It calculated potential cost-savings of about twelve euros per household. The billion-euro investments in the blanket-coverage introduction of smart meters would bring only relatively small savings in return.
Source: HERE and HERE. Here is the link to the Capgemini Study.

Malfunctioning devices: As a result of smart meters’ transmission of data via the power grid (PLC transmission), different frequencies that can disrupt the functioning of other devices are constantly present in the power grid. There are thus an increasing number of reports that, since the smart meter was installed, e.g. televisions and other devices are switching themselves off, dimmers turning themselves up and down, etc.

Radio clocks have no reception: It is also a known fact that after installing smart meters, radio clocks no longer reset themselves (e.g. for summer time), and/or can no longer receive the radio clock signal. For, the frequency of the clock radio signal (DCF77 in Mainflingen near Frankfurt, Germany) is 77.5 kHz and is overlaid by the smart meter signals (30-90 kHz). (Source)

Disruption of radio broadcasting services: The Swiss "Federal Ministry of Communication" (BAKOM) has carried out measurements on G3-PLC power grids (overhead power lines, power distribution cabinets, streetlamps, etc.). The measurements showed that the average interference radiation emitted by the grids lies about 8 dB above the legal limits (and near to overhead power lines, 30 dB above the legal limits). This means that the reception of other officially authorised radio broadcasting services could be disrupted. In the case of the least susceptible services, this applies within a radius of several dozen metres and, in the case of the most susceptible services, a radius of several hundred metres. (Source)
Disruption is also caused to radio reception or CB radio in certain frequency ranges (Source)

The Energie AG electricity company has also published a folder describing the disruptions of devices by PLC and advising people to, for example, place radio clocks at a distance of 1.5 metres from other devices – see HERE.

The security of the grids is always one step behind the hackers. Every year, millions of datasets are stolen. Smart meters aren’t secure either and are a popular target of hackers. Thus for example, criminals on the island of Malta manipulated about 1,000 smart meters and “syphoned off” 30 million euros’ worth of electricity in 2012 alone - HERE
Again, on "Black Hat Europe" Spanish security researchers have shown a hack on a smart meter that can cause a blackout - HERE
The University of Applied Sciences in Munich has also shown how a smart meter can be manipulated - HERE

Moreover, in the case of smart meters with PLC transmission, it isn’t even necessary to penetrate a computer network as it’s possible to hack, read and, if desired, manipulate all the smart meters in the same transformer grid from any power socket using a suitable device.

Smart meters for the grid of the future and the much-touted "energy revolution" ?

This poses the question as to where legislators and grid operators got the idea of trying to install a device in people’s homes that spies on them, emits electrosmog and which they are refusing for various reasons.

So, if you don’t want a smart meter for one reason or another, you can give notice of non-consent (i.e. refusal). You can find non-consent forms as well as guidance on how to procced HERE